How the Christmas Store went & the Bay to Bay Fun Run 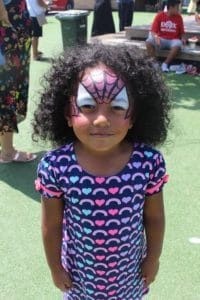 On the 23rd of December 2017 we ran our third Christmas Store at Glen Innes School, and invited 160 families and 700 children along. The families were selected by the School Social Worker and the Principal. We had families from Glen Innes, Glen Taylor, St Pius, Tamaki, Te Kohanga (Port Waikato) Schools as well as Vaka Tautua Charity. Presents were also sent to Year One children at Leabank School in Manurewa.

Our Brochure explains graphically how the day was set out. Families took home in excess of $500 worth of food and the children had free Mr Whippy, Lollies, Facepainting, Bouncy Castles, Pop Corn, Candy Floss, Hot Dogs while the parents had access to the Cafe2u Van that served in excess of 200 Coffees and 80 Smoothies. Mr Whippy gave away 800 ice creams.

The look on Pye Paea’s face says it all … a great day was held by everyone.

Planning is underway for the 2018 Christmas Store where we will be inviting 200 families and 1,000 children to come along, and Christmas Hampers will be sent to Kaeo (Northland), Waihi (Coromandel) and Whakatane (Bay of Plenty). We will be increasing our Budget to $25,000 to cope with the increase.

Have a look at the recent magazine article written about the event… SPANZ Autumn 2018 (SPANZ is the quarterly magazine of the Presbyterian Church of Aotearoa NZ). 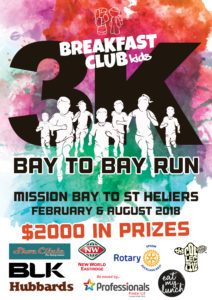 It was decided that from the outset of 2018, a culture of Health and Fitness would be implemented at the School starting with a fun run from Mission Bay and ending at St Heliers Bay, a distance of 3 kilometres.

Approaches were made to a number of prospective Sponsors, and 100% of them without hesitation agree to support this event, namely:

It was intended to time the children, without their knowledge on the 16th of February, and then repeat the run on the 31st of August and prizes would be awarded on not only winning but improving on their times.

The NZ Police have become involved and will reward any child that equals the Police Entry Test Time. (Two children beat this time on the 16th of February.)

On the 16th of February the children started this run at 10.30am – with the majority of them not having been to Mission Bay, Kohimaramara or St Heliers. The children ran in groups of 8 – 10 with 70 children participating.

A great day was held with the children fired up to improve when they next run in August. Jono Henricks, Principal of Glen Innes School commented … “Yet another great outcome for the students from the initial chat we had about the need for our students to have an increased level of fitness. Not wanting students to run only for tangible rewards, we chose not inform them of the prizes available, however all students displayed the enthusiasm for which we were looking. There were a couple of fantastic surprises in terms of their run times as well as the efforts from some of our more unfit students. Now that all students have their individual times from the first run, they have a target to beat in the second run planned for August. Our appreciation to all sponsors for their continued generosity.”

We have already been approached by New World Eastridge and Hubbards Cereals to add further sponsorship to the event on the 31st of August.

All the children expected to equal or better the Police Entry Time will start together, kitted in out in t-shirts by Hubbards Cereal and running with them will be members of the Police.

Parents will be invited to attend the next run, and will be bussed to the event with a BBQ provided by the Blue Light Police Charity. 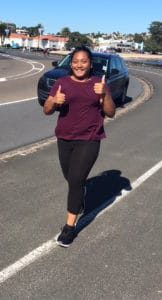 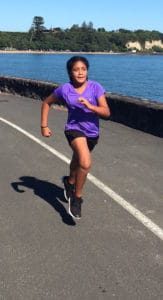