As per usual, I would like to start off this Breakfast Club newsletter with an apology, as there has been a delay in sending this to our database!

As you will read in the newsletter we have been extremely busy and couldn’t be more ecstatic about this. It is also encouraging to see that our Breakfast Club Facebook page 1142 likes. A big thanks to everyone for your incredible support!

While collecting and distributing groceries takes up a large portion of our day, there are a number of other things that Breakfast Club gets up to.

Here is an overview of the 2016 activities to date: 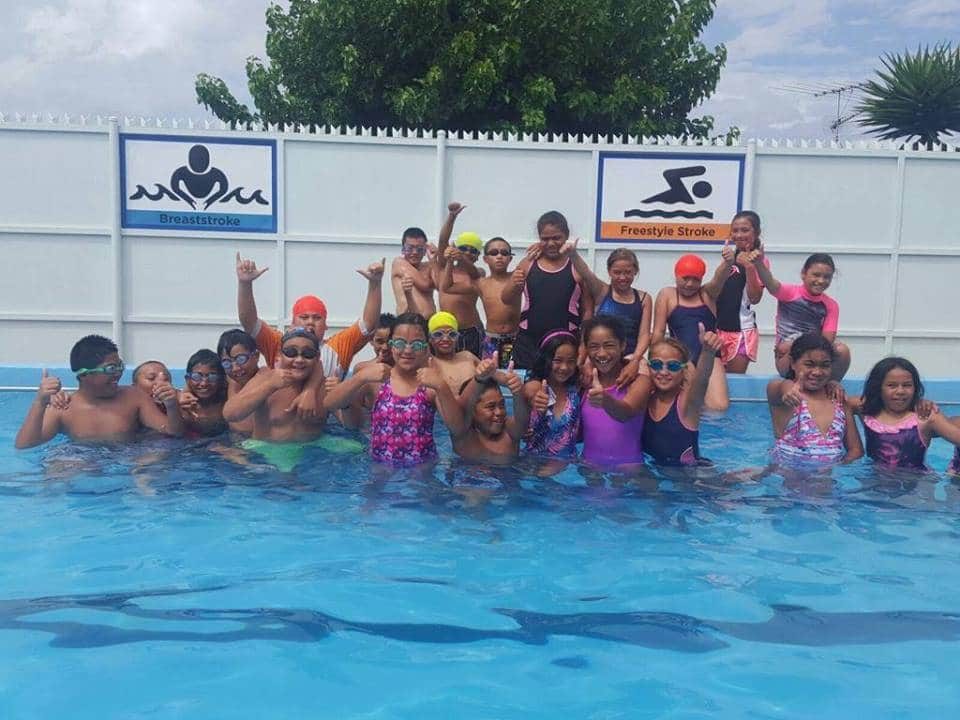 For many schools in the first term swimming is an important part of the curriculum as children are given swimming lessons and general water safety instructions. Unfortunately not all children are able to partake in lessons, as families are unable to provide swimming togs.

On Wednesday 10 February Breakfast Club was at Glen Innes Primary School and noticed that half of the class in the pool area was not swimming due to a lack of togs. With pleas from both the children and teacher to somehow help and find togs a Facebook post was made on the Breakfast Club page and sent out to our 600 followers at time.

What happened next was beyond our wildest of dreams:

As a result of all this, 100% of the children at Glen Innes School now partake in swimming lessons! This couldn’t have be achieved without each and every one of our amazing supporters. 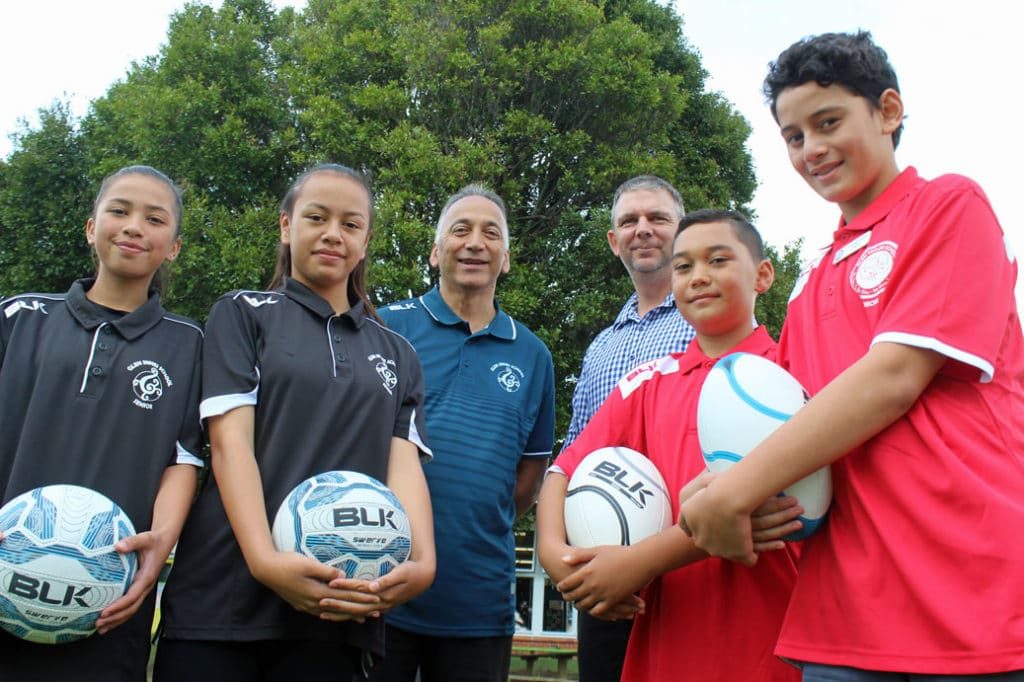 In 2015, Breakfast Club asked the principal of Glen Innes School whether there was anything we could help supply that would make a difference to the children.

He suggested the need for senior uniforms. Parents of students in year 7 and 8 were reluctant to purchase new uniforms for their children as high school was only short time away and uniform was again a requirement here. As a result, current uniforms of children in the senior syndicate were wearing ill fitted and scruffy clothes.

With the sponsorship from Rotary Epsom and BLK, Breakfast was able to supply two top quality polo shirts to every child in Years 7 and 8.

The major benefits of these polo shirts have included:

Glen Taylor Principal, on hearing of the results of this experience asked if Breakfast Club could also supply his senior students with polo shirts.

With the assistance of Rotary Epsom and Auckland East and the generosity of BLK Sports, in 2016 we supplied both schools with top of the line Polo Shirts.

The media wrote this 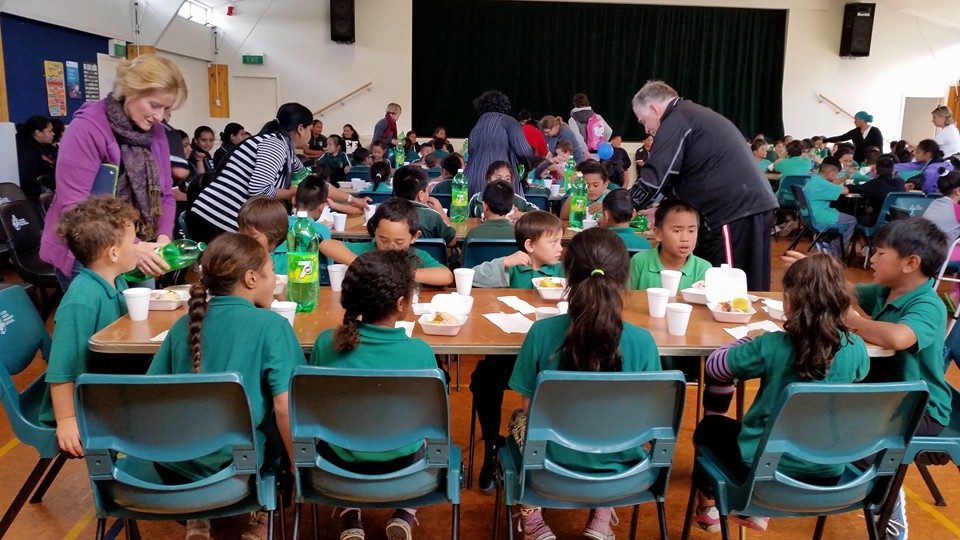 Breakfast Club, with the financial assistance of Rotary Epsom and Auckland East, purchased a Kai Kooker, which was capable of feeding over 200 people. This year Breakfast Club decided to put our Kooker to the test!

In June, the whole of Glen Innes School fundraised for a prominent charity by ‘skipping’ in heart if Glen Innes shops. With the help of the Glen Innes Cook Island community we decided to feed the whole school on their return from a day of exercise.

New World Eastridge gave us a ripper deal for the food and Pak n Save Ormiston was able to supply drinks for every child. With so much food left over we were able to supply a number of families in the area with dinner as well. 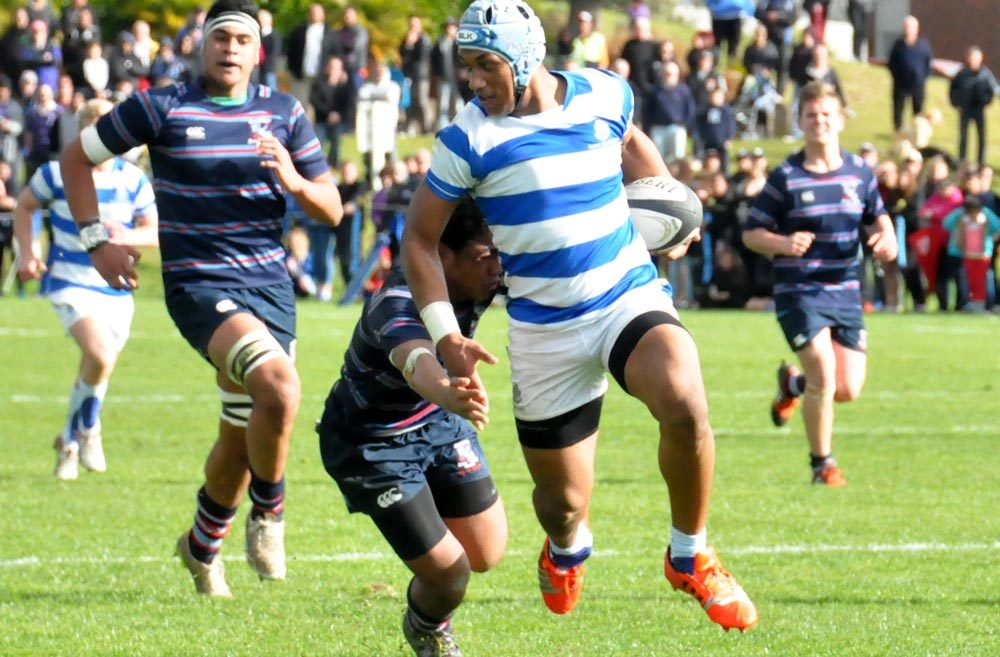 Breakfast Club has been updating our Facebook page since the beginning of 2015, about Te Ahiwaru, a student from Te Araroa that received a rugby scholarship to attend St Kentigern College. We were asked by St Kentigern to ‘adopt’ Te Ahiwaru as one of our own. With the support of Shoe Clinic Manukau and Sylvia Park, BLK Sport, and a team of business supporters we have ensured that Te Ahiwaru’s ‘needs’ we all meet so he could focus on his education and rugby.

Breakfast Club and sponsors also ensured that Te Ahiwaru went to the school ball. He spent a day working on a farm to pay for his ticket. Loyal followers of Breakfast Club generously paid his suit and shoes for him. It was the first time that he had ever worn ‘after shave’!

Excitingly, Te Ahiwaru was selected in the Hurricanes Under 18 team that toured to Christchurch and played against the Crusaders Under 18.

We can now tell you all that Te Ahiwaru has signed a rugby contract with the Crusaders Academy starting at the end of school this year! We couldn’t be more proud of what he has achieved in his rugby career thus far! 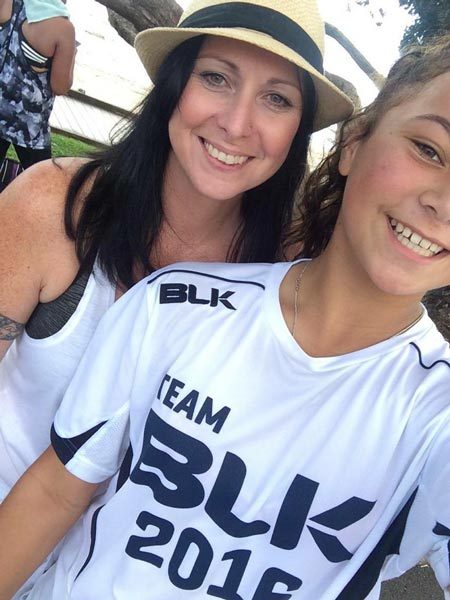 Breakfast Club’s Sports Academy has supported Tegan for the last 4 years, while she was initially a student at Randwick Park School. She now attends One Tree Hill College.

Rotary Epsom, Shoe Clinic Manukau and Sylvia Park as well as BLK Sports have sponsored Tegan and together supplied her with her netball shoes, training gear and clothing.

This year Tegan was once again selected to play for the Samoan Under 13 Netball Team. When I asked her mother for some background on her daughter she sent us this:

“Since year 7, Tegan has represented Papakura for reps in the #1 team each year. This year she was awarded the Most Promising Young Player overall for Papakura. Her College Premier Club team won the presidents round, championship round and most goals. Her Year 9A school team won their division and also won C section at the U15 national tournament held in Taranaki. She has just been selected in the #1 team for Auckland Samoa U13 netball team to play in the Pacifica Cup on the 1st October 2016 and also made this team in 2015.”

We have asked Tegan and her mother for permission to explain her health issues:

“Tegan is a type 1 diabetic and was diagnosed at the age of 6. She is insulin dependent, which is issued by a pump. Since being diagnosed, she is constantly working hard to keep her blood sugars under control which isn’t always easy.”

Tegan never asks for sympathy or favours due to her illness. She uses it as strength, which is commendable!

We believe we have a Silver Fern in the making here. 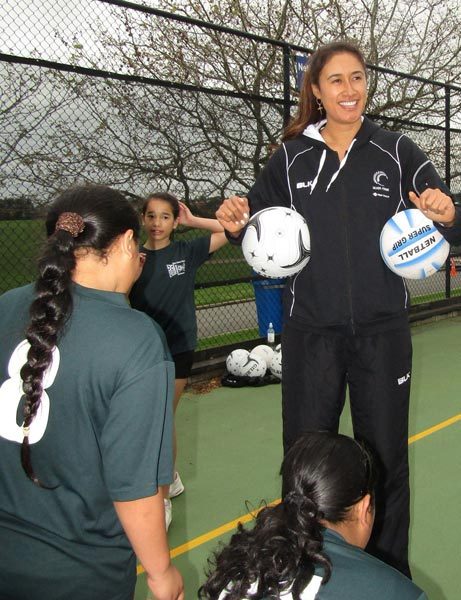 On the 21st of September 2016 we have 6 Silver Ferns coming to St Kentigern College to conduct a coaching clinic for 80 of the children from our schools. Watch this space!

We conducted this Clinic in 2015 and this year we were again approached by the Silver Ferns management to repeat the clinic. Thanks to New World Eastridge and BLK Sports (two sponsors of the Silver Ferns), and Breakfast Club we are able to make this happen. Rotary Epsom and Auckland East will generously cover the cost of the feeding for the children and the Silver Ferns.